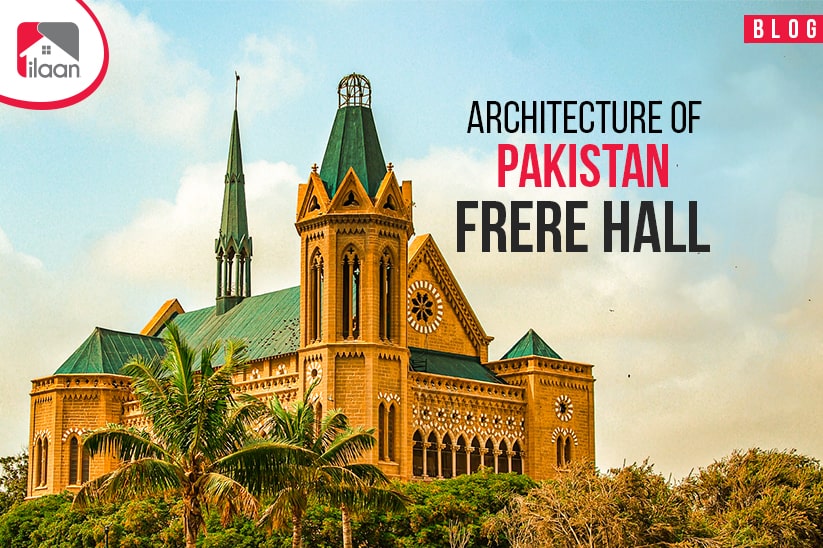 All those seeking interest in the development of our nation’s architecture seem to forget that the sound structures standing tall today are monuments capturing generational trauma. Hidden beneath the building’s gothic façade, is yet another story, waiting to unfold.

A name well known within the architectural community of Karachi is Bartle Frere considering the neo-Gothic monument, Frere Hall has been named after him. The gothic-revival structure was constructed in 1863, aimed to appreciate the services of the commissioner of Sindh, Sir Frederick Arthur Bartholomew.

Construction for the architectural masterpiece was initiated in 1863, and within two years, the building was opened to the public, for its use as a civic space. The initial plans for the building described it as a town hall and library as well.

Keeping this backdrop in mind, it is important to note that the building’s utilization as a gothic library is not without reason. A much-veiled fact from the public’s eye about Sir Frederik is his ties with the solemn world of literature. Blessed with five children, his eldest daughter had a keen interest for poetry. Accompanying her father upon his visits to the Subcontinent, she was mesmerized by the kaleidoscope of culture encompassed within the region.

During one of her trips to the Subcontinent Mary had an ayah named Anna Liberta de Sourza accompanying her. Intrigued by the tales revealed during her time spent conversing with the ayah, Mary began to write down stories unheard of, one by one. Soon after, the book was published titled, the Old Deccan Days, which is now commonly known as the Hindu Fairy Legends in Southern India.

It is known that this tie with poetry and literature is what aroused his interest in constructing a library within the town hall as well. The same library is known to be Karachi’s first library today, standing tall and consisting of more than 70,000 books now.

Built following the Venetian-Gothic style, the building effectively blends elements from British and local architecture. The result is a seamless merge of both the differing cultures creating a piece of architecture that has aged more than just gracefully.

The building consists of multiple pointed arches, ribbed vaults, quatrefoils, and flying buttresses. Intricate carvings can also be seen on the walls which are complimented by the mosaic designs, visible on multiple walls and pillars.

For its construction, a local yellow-toned limestone has been used, which consists of unique detailing by the use of white oolite stone. The white stone was quarried from a nearby town of Bholari. Red and Grey sandstone is also used within the building, quarried from the town of Jungshahi, in Sindh.

Upon one of the building’s corners, stands a tall octagonal tower, which has been crowned using an iron cage. The roof of this tower has been coated with Muntz metal. The gardens outside the town were named the “Queen’s Lawn” and “King’s Lawn” which were renamed to Bagh-e-Jinnah after independence.

Soon after the independence of Pakistan, the hall was renamed the Liaquat National Library. The structure is still Karachi’s largest library with an extensive number of books available from different periods of time. The total number of books exceeds 70,000 which also consists of rare and hand-written manuscripts. Currently, the hall remains open to the public and is the most visited tourist attraction in Karachi, due to its notable architecture and association with British rule in the Subcontinent.

How to Determine whether a real estate projec...

What You Can Do About Lot Size in Real Estate...

In Pakistan: How to Hire a Property Manager